| 4 Min read Set in the Nallamala Ranges, Srisailam Tiger Reserve is rich with biodiversity and a complex ecosystem.  The ranges are spread over a vast area and are also well known for religious tourism. This region has been facing various issues due to the plastic waste generated by the pilgrims as well as tourists. Major reason behind […]

| 4 Min read The Indian Government has been encouraging and implementing various programs for the cities, towns, and states to overcome the issue of uncleanliness around the country. One of such initiatives is Swachh Survekshan 2021, a pan India annual cleanliness survey, where the award is presented to the cities, towns, and states based on sanitation, waste management, […]

| 3 Min read Swachh Survekshan is a pan India annual cleanliness survey that ranks India’s cities, towns and states based on sanitation, waste management and overall cleanliness.  In the latest nationwide cleanliness survey 4,320 cities were covered in 28 days, adding that over 4.2 core people had given their feedback. Latur, a city in Maharashtra was recognized for […]

| 2 Min read The consumption of home care products is unstoppable in a world where the population is increasing drastically. This consumption also generates tons of pet bottle scrap. When the harmful effects are known, it is mandatory to think about sustainable ways to tame these effects by recycling pet bottles. One of the leading home care products […]

Recykal and HUL in Arunachal Pradesh

| 3 Min read Recykal’s recent partnership with Unilever in Arunachal Pradesh has reached a new scale with the collective project being shortlisted for the Prime Ministers Award 2020 in the innovative projects category. Preventing plastic waste from entering the landfills The plastic waste channeled between June 2020 to May 2021, includes MLP or Multi-Layered Plastics (Non- Recyclable), Low-Density […] 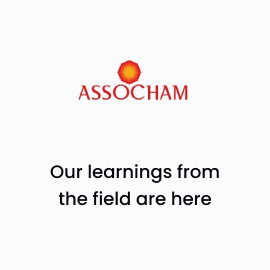 | 2 Min read A linear economy is a concept that the majority of the world is familiar with. A brand takes raw material, makes usable products that are discarded or thrown into waste bins post usage. Sound fair enough, right. But the major problem linear economy poses is the rising heaps of waste that cause plastic pollution on […]

| 2 Min read Plastic pollution in India is more on the rise than ever and is going towards becoming one of the most waste generators in the world. Plastic Waste in Forests is something that often goes unnoticed or is generally ignored. As people are indulging in touristry, camping, trekking, and nature activities, pollution is only increasing in […]

| 3 Min read With the rising problem of waste management in a country as vast as India, there was an urgent need for an initiative or service that bridged the gap between the waste generators and waste recyclers; In this scenario, Dow launches Rethink +. The Rethink+ Initiative by Dow Chemical International Pvt. Ltd (Dow India) in collaboration […]

| < 1 Min read Safety is considered an option for many in our country. The consequences that come with that are either unknown or unacknowledged. The Waste Warriors of our country – ragpickers are at risk of their safety. With the human race affected by the COVID-19 Corona Virus, safety during pandemic has become a more serious concern than […]