Yes, the import of PET Bottle scrap is banned in India. Once upon a time, India was one of the largest importers of PET bottle scrap, after China. India imported large volumes of PET scrap from the USA, Europe, and the Gulf countries. The booming recycling industry heavily relied on PET imports, .i.e nearly 70-80% of the demand was fulfilled by imports. However, this led to the waste generated locally, left unaddressed.

In the wake of the National Green Tribunal directions, the MoEFCC took an action to effectively ban the import of all types of plastics, household waste, and electronic waste into India.

India has nearly 3500 recognized plastic recycling units and an additional 4000 in the unorganised sector. But how does the industry cope with the growing demand for PET scrap and the ban on imports? Here is our insight into:

In India, as a rough estimate, nearly 0.9 million tonnes of PET are manufactured, of which more than 90% are recycled. On the other hand, India is seeing a booming recycling industry which is expected to grow at a rate of 6.5% amounting to a market size of US $53.72 billion by the end of 2023.

Though there is high production of PET bottle scrap in India, the country is dependent on imports. In spite of many recycling units and a capacity to recycle more than 12 lakh tonnes from just 40 PET Recycling units, there is a huge gap in demand and supply.

Due to accessible imports, domestic plastic waste stays unaddressed. This is a driving factor to impose the bans and roll out stringent regulations – especially for the PET bottle scrap.

“…..Tonnes of PET bottles come to India from across the world while our own waste stays unaddressed. This has to be corrected”

said a member of the Hazardous Substance Management Committee

PET bottle scrap regulations in India are listed in the following guidelines and rules in India:

The Ministry of Environment Forests and Climate Change imposed a ban on PET bottles import to India, along with other electronic items. The aim of the ban was to strengthen the waste management infrastructure and preventing the country from turning into a global dump yard. Additionally, the ministry’s Hazardous Substance Management (HSM) Division banned the import citing that we have enough waste in India which can be processed by recyclers.

MOEFCC announces ban on all plastic imports on twitter as notified in ‘Hazardous and Other Wastes (Management & Transboundary Movement) Amendment Rules, 2019’.

The ban prohibits the import of PET Bottle waste/scrap/PET flakes made from used PET bottles with the order issued in March 2019.

Since 2019, the imports have risen. Unfortunately, a loophole in the rules has led to a quadrupled increase in plastic waste imports into the country. Pandit Deendayal Upadhyay Smriti Manch (PDUSM) has stated that the imports grew from 12,000 tonnes to 48,000 tonnes from FY 2016-2017 to FY 2018-2019.

Additionally, India has more than 40 PET Recycling units, which have cited slowing business due to lack of raw materials. All India Recycled Fibre and Yarn Manufacturer Association has requested the MoEFCC to provide exemptions towards PET Bottle scrap imports. Additionally, the pandemic has made matter worse with widespread lockdown and delays in transportation, which have affected the supply chain of the industry.

Which country’s have banned the import of plastic waste?

China banned the imports of plastic waste into their country in 2018. This announcement came as a shock to the USA, which exported 775 tonnes of plastic waste to China. After China, India was considered the next destination. However, with the ban imposed by the MoEFCC, Malaysia is the next attractive destination for waste.

In 2021, Turkey banned the imports of plastic waste into their country. The United Kingdom was the largest exporter to Turkey. However, recently the country repealed its ban by resuming the imports.

In conclusion, irrespective of the bans on imports, India is grappling with a growing amount of PET and other types of plastic waste. One of the key bottlenecks in the system is the wide gap in demand and supply. Recykal has come up with an end-to-end digital solution that connects sellers and buyers of plastic scrap 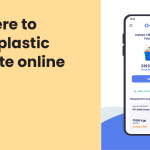 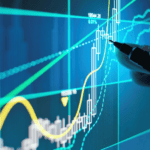