Asia is marching forward as the torchbearer for developing economies. China and India are leading up from the front and countries like Indonesia, the Philippines, and Thailand are fast catching up, attracting FDIs and witnessing higher GDP growth rates than the global average. The development which, at a macro level, is indicated by rapid urbanization, increased consumption, growing population is also posing new challenges to the Asian countries to manage and tackle the gargantuan scale of managing the wastes generated by its cities.

Asia, home to five of the 10 fastest growing economies in the world, is also now home to eight out of 10 rivers, including Indus, Yellow, Brahmaputra, Ganges, Pearl, Amur and Mekong, which cause 90 per cent of oceanic plastic pollution.

The big challenge that lies ahead both for the world and Asia is the staggering volume of plastic waste being generated by the Asian countries.

China, the Philippines, Indonesia, Thailand, Vietnam contribute to half of the world’s total mismanaged plastic wastes. China, the biggest producer of plastic waste, is taking major efforts to curb it. The recent ban of plastic waste imports to China took the world by shock; it is not so easy to impose a ban and put an end to the plastic recycling industry worth US$ 3.7 billion but the Chinese government described it as “a symbolic measure for the creation of an ecological civilization in China”.

On the other side, India is on its path to becoming one of the world’s largest plastic waste generator. India, which currently generates 9.25 million tons of plastic waste, is expected to generate 31.2 million tons by 2031, an alarming 5x increase fuelled by growing consumerism and penetration of FMCG, eCommerce companies into Tier II, Tier III cities. Although India’s plastic consumption per capita is lower than the global average, it shows the tremendous scope of improvement and higher levels of plastic waste generation in the near future. This rising plastic pollution in India calls for desperate attention and required immediate solutions to manage the situation.

In the next blog, I will write about the challenges plaguing the Waste ecosystem in Asia. Stay tuned.. 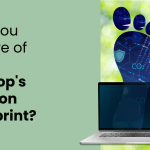